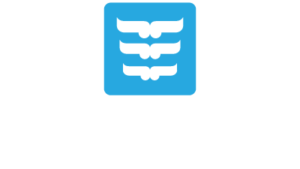 We support, care for and enhance the natural and built environment, including places of cultural and spiritual significance to Ngā Pōtiki.

This environmentally-focused plan builds off the solid foundation set by the Ngā Pōtiki Environmental Plan 2001 and reflects our values, frustrations, aspirations and achievements in relation to our taiao (environment), our people, and our takiwā whānui (wider area of interest).

While this is an environmentally-focused plan, it also aims to improve the social, cultural and economic outcomes for our Ngā Pōtiki people.

The RMU is charged with the good management, protection, and preservation of Ngā Pōtiki cultural and environmental heritage.

The enactment of the Mount Maunganui Borough Reclamation and Empowering Act 1974, described as ‘An Act to authorise the Mount Maunganui Borough Council to reclaim tidal lands constituting part of the bed of the Harbour of Tauranga and to develop such reclaimed land for sewerage and other municipal purposes’, enabled the acquisition of some 73 hectares of foreshore and seabed over the protestations of Ngā Pōtiki kaumatua concerns.

It was the mokopuna of the same kaumatua who were instrumental in the repeal of the same legislation some 40 years later with the support of Te Ururoa Flavell, who was Minster of Māori Development at the time and sponsored the repeal legislation through the House of Parliament and cross party support in the House. The proposal was supported by Ngāti He, Ngāti Pukenga and Tauranga City Council. The legislation took effect on November 14, 2012.

In 2012 the New Zealand Geographic Board Ngā Pou Taunaha o Aotearoa approved a proposal from Ngā Pōtiki ā Tamapahore Trust to change the name variously recorded as ‘Waitoa Bay’ and ‘Rangataua Bay’ on official maps to what it has always been known by tangata whenua – Te Tāhuna o Rangataua. The name was approved by the Minister of Land Information and was gazetted on May 10, 2012.

In response to Māori Executive of Tauranga Māori Committee chairman Wiremu Ohia’s call (as printed in the Bay of Plenty Times on June 6, 1977) that Te Tāhuna o Rangataua be made a reserve under the Māori Affairs Act 1953, Ngā Pōtiki ā Tamapahore Trust successfully applied to Heritage New Zealand some 40 years later for Te Tāhuna o Rangataua to be listed as wāhi tapu pursuant to the Heritage New Zealand Pou Here Taonga Act 2014. This wāhi tapu listing was supported by Ngāti Hē and Ngāti Pūkenga, and complements that previously applied to the adjacent Kopukairoa maunga and provides another layer of protection over Te Tāhuna o Rangataua.

The significance of cultural landscapes and seascapes to Ngā Pōtiki was repeatedly stressed by our kaumātua during the Waitangi Tribunal hearings. Many of those kaumātua have long since passed on, but their calls for a halt to the degradation of Te Tāhuna o Rangataua and Te Ākau ki Pāpāmoa continue to resonate with Ngā Pōtiki ā Tamapahore Trust.
With that firmly in mind, and after many years of hard work and waiting, Ngā Pōtiki took part in High Court hearings in April and May 2021 seeking joint Customary Marine Title over Te Tāhuna o Rangataua under the Marine and Coastal Area (Takutai Moana) Act 2011, also known as the MACA.
Ngā Pōtiki combined forces with Ngāti Pūkenga, Ngāti Hē, Ngāi Tukairangi and Ngāti Tapū as “Ngā Pāpaka o Rangataua” and our applications were given a priority hearing because Ngā Pōtiki previously applied for recognition of our customary rights over Te Tāhuna o Rangataua under the now-repealed Foreshore and Seabed Act 2004, which was replaced by the MACA.
During the first hearings in April and May 2021, Ngā Pōtiki presented evidence establishing our mana moana, traditional histories, and historical and contemporary cultural practices at Te Tāhuna o Rangataua.
In September 2021, the High Court granted joint Customary Marine Title over Te Tāhuna o Rangataua to Ngā Pōtiki ā Tamapahore, Ngāti Pūkenga, Ngāti Hē, Ngāi Tukairangi and Ngāti Tapū, collectively named the Rangataua Working Party.
Justice Grant Powell wrote in his judgement that there was “evidence of a deep and abiding connection” over several hundred years for the groups granted the title.
He said the evidence “is both unequivocal and overwhelming” that the Rangataua Working Party applicants have met the legal test for the issue of a Customary Marine Title.
“It is clear that, since occupying the land surrounding Te Tāhuna o Rangataua some 300 years ago, they have held and continue to hold Te Tāhuna o Rangataua in accordance with tikanga.”
Justice Powell also said the close proximity in which each of the five groups have exercised their rights over Te Tāhuna o Rangataua also makes it clear that a single joint customary marine title “is both appropriate and inevitable”.
He said each of the Rangataua Working Party applicants can demonstrate they have whakapapa connecting them to Te Tāhuna o Rangataua, and their whakapapa in turn gives rise to “take tupuna”, inheritance from tupuna with authority over Te Tāhuna o Rangataua.
There was also clear evidence the applicants have an enduring relationship and spiritual connection with the takutai moana, and Te Tāhuna o Rangataua in particular, Powell’s judgement said.
“There is a coherent set of beliefs, practices and values that is observed by applicant group members, is widely known and understood, and guides everyday behaviour; the tikanga is long-standing, having been passed down from generation to generation.
“It is no exaggeration to say that at every level, whether practical, cultural, historical and/or spiritual, there exists evidence of a deep and abiding connection between the Rangataua Working Party applicants in Te Tāhuna o Rangataua which translates into ongoing customary authority.”
This was the first stage of a two-stage claim by Ngā Pōtiki.
The second stage concerns Te Ākau ki Pāpāmoa and includes the area to seaward of Pāpāmoa including adjacent islands. The area of coastline between Parakiri and Wairākei represents the eastern boundary of the Pāpāmoa Block imposed by the Crown in 1865.

In 2019, Ngā Pōtiki ā Tamapahore Trust approved the development of a comprehensive environmental plan to guide it with regard to the protection of Ngā Pōtiki cultural landscapes and seascapes for future generations. Completed with financial support from local and regional councils, Tūhoromatanui serves to inform local government decision makers concerning Ngā Pōtiki aspirations of its priorities relating to environmental heritage.

Researched and completed by Elva Conroy in April 2019, Tūhoromatanui received a Commendation Award for Excellence in the Best Practice: Non-Statutory Plan Category by the New Zealand Planning Institute.

Ngā Pōtiki has a long history of experiencing the impact of urban growth and development in the Tauranga area.

This has been through the use of the Public Works and Municipalities Acts to take land for public utilities and infrastructures on significant cultural places and areas such as Mangatawa, Hikurangi, Kopukairoa and Rangataua Harbour have been desecrated and affected by quarry, seweage ponds and dump, water reservoirs and communication towers culminating in the destruction and desecration of waahi tapu, pa and culturally significant ancestral landscape features and this has been on land owned by Ngā Pōtiki.

The objectives of the RMU are: 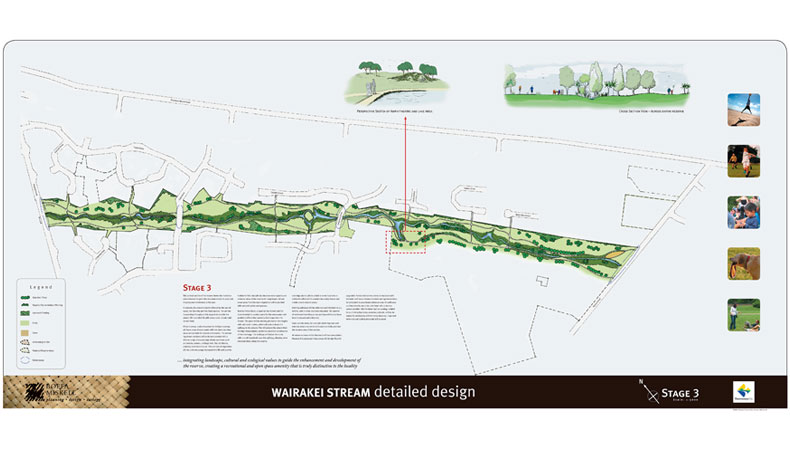 The Tauranga City Council (TCC) lodged an application with the BOP Regional Council (BOPRC) to vary the stormwater storage mitigation requirements in the Comprehensive Stormwater Consent. Tangata whenua namely Te Arawa coastal tribes, Ngāi Te Rangi, Ngāi Tauwhao, Ngāti He, Ngāti Pūkenga and Ngā Pōtiki have a cultural and spiritual relationship with the Wairakei Stream and are kaitiaki of the stream in the context of the surrounding landscape with some also having a statutory acknowledgement.

The corridor is an ancestral portage connecting many pa sites, nohoanga, waahi tapu and other cultural features along Te Akau ki Pāpāmoa. Such recognition will include identification of cultural significant areas, cultural values, including measures to protect and enhance cultural practices and the connecting of waters from Wairakei Stream to the Kaituna River and recognition elements such as art work, gateway features, planting and landscaping.

Given that this environment has been  significantly modified to accommodate residential, commercial, industrial and infrastructures, the fact that Māori are a product of these lands is found in the environment itself – in names and places and the ancestors, events and customs associated with this place.